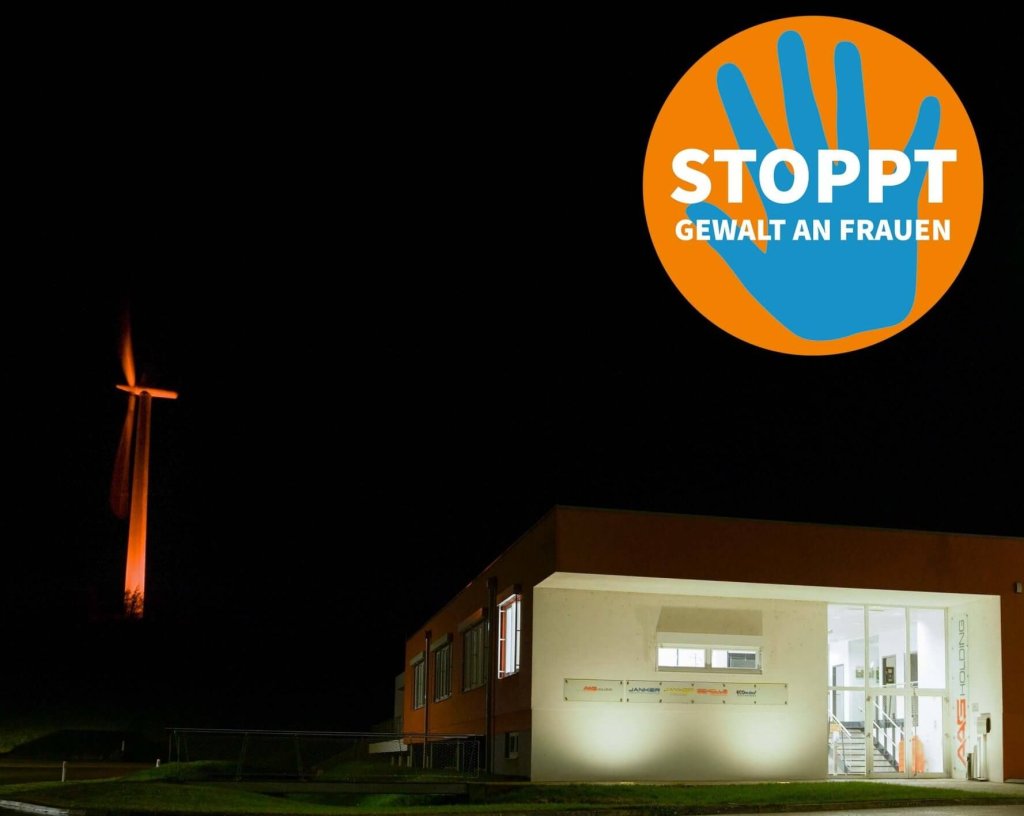 ECOwind sets an example against violence against women!

Violence against women and girls is still one of the most widespread human rights violations. 28 women have already been murdered in Austria this year until November and every 3rd woman is affected by violence worldwide.

The UN campaign “Orange the world” has been drawing attention to violence since 1991: from the International Day for the Elimination of Violence against Women on 25 November to 10 December, Human Rights Day.

If you have been affected by violence, or know someone who has, the women’s helpline (0800 222 555) against violence offers free and anonymous counselling.